The Educational Theatre Association (EdTA) is a national nonprofit organization based in Cincinnati with student and professional members. EdTA’s mission is shaping lives through theatre education by honoring student achievement in theatre and enriching their theatre education experience; supporting teachers by providing professional development, networking opportunities, resources, and recognition; and influencing public opinion that theatre education is essential and builds life skills.

EdTA, in collaboration with New York City-based companies iTheatrics and Music Theatre International (MTI), created JumpStart Theatre, a scalable pilot program designed to build sustainable musical theatre programs where there previously were none. The pilot launched in Cincinnati in 2015.

JumpStart Theatre is modeled after the successful Broadway Junior Musical Theatre Program founded by The Shubert Foundation, iTheatrics, and MTI in 2005 in collaboration with the New York City Department of Education.

• be sustainable and implemented in underserved middle schools nationwide,

• engage as many students as possible in all aspects of theatre,

Schools are chosen based on a rigorous application process and site visit. JumpStart Theatre provides participant schools with materials, budget, and training support (valued at $12,000 annually) to produce one full-scale musical production a year. The program engages existing teachers trained through three “boot camps,” covering all areas of musical theatre production. The teacher teams also receive ongoing coaching from a trained mentor, empowering them to guide their programs independently. Students are involved in every aspect of the production: performance, costumes, sets, and design. The three-year grants support building the program to reach a sustainable level.

Teams mount at least two public performances for their schools and communities and come together with the other teams and their students in an annual showcase that includes a selected musical theatre number from each school.

Each production will draw from MTI’s Broadway Junior series, which adapts classic and contemporary musicals into one-hour editions suitable for middle-school performers. Each show also comes with a kit that supplies teachers with all the resources they need to direct, choreograph, and teach the show’s music.

Julie Cohen Theobald is the Executive Director of the Educational Theatre Association. She has a lifelong involvement in theatre and twenty years of business, marketing, and management experience. She ranked in the Top 50 Marketers in the US awarded by Advertising Age in 2005. In 1997, Julie started at Procter & Gamble in the New Business Development group on the national launch of Febreze. Febreze grew to $150 million sales in its first year, ranking it in the Top 10 new products in the 1990s. She spent 6 years in the Laundry category where she was Brand Manager for Tide detergent comprising over $2 billion in sales. She led Tide to the fastest growth in its 60-year history, launching 2 new products that ranked in the top 10 launches of the year.

At the Educational Theatre Association, Julie serves over 5,000 theatre educators and 100,000 student members of the International Thespian Society with programs that strengthen theatre in the school setting. She has grown the organization over 50% since taking the helm in 2011 and forged key partnerships with the theatre industry in New York City and advocacy leaders in Washington, DC.

Julie holds an MBA from the University of Chicago in business economics and marketing, and a BA from Duke University in public policy. She is a wife and mother, is active in Cincinnati community theatre as an actor, director, and producer, and has served on the board of trustees of the Cincinnati Arts Association. We recently spoke with Julie, and here’s what she had to say:

“Educational Theatre Association is a national association that supports theatre in schools across the country. I have been working with a program called “Jumpstart Theatre,” which brings theatre to middle schools that do not have these programs. We have been partnering with The Children’s Theatre for about three years, and they have really taken ownership of this program.”

She continues: “Our showcase was held at the Taft Theatre and was run by TCT staff members. This showcase was a performance by these middle school children in this program. For many of them, this was their first time performing in a production. The exhilaration and pride that followed the performance was so rewarding for us to see. Through the help of The Children’s Theatre, we were able to create this experience for these kids.”

TCT will accept applications for new JumpStart Theatre programs in January 2022 for the 22-23 school year.

Would you honor EdTA and JumpStart Theatre with a gift to recognize the impact made on TCT? 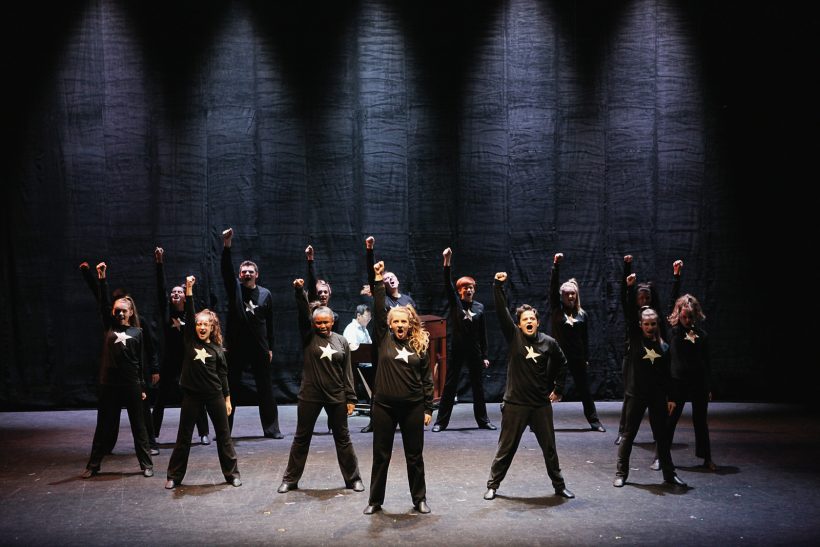 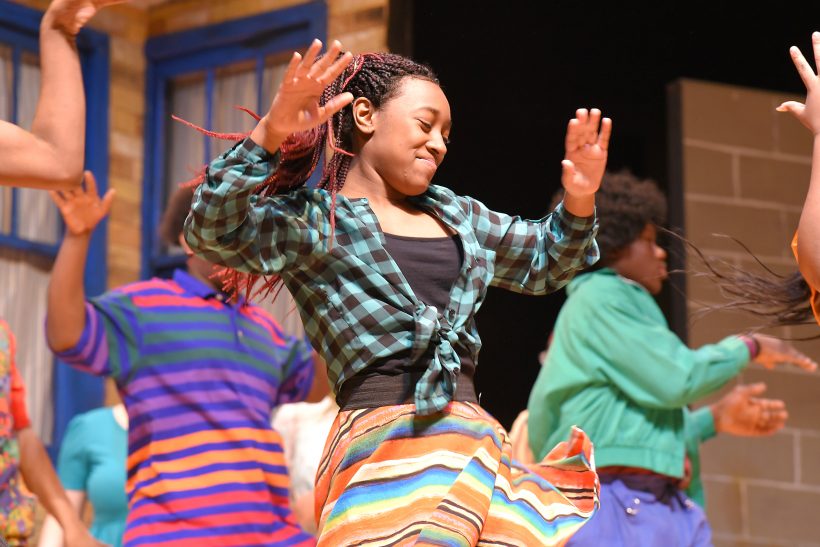