Leo J. Northart III has been a significant part of The Children’s Theatre of Cincinnati through the years, starting in 2007. He played the pivotal role of The Man In Red in seven TCT holiday shows, including The Day Before Christmas, Santa’s Toy Factory, all three Holiday Follies productions, and Rudolph the Red-Nosed Reindeer (twice)!

Leo was a voice major at Indiana University’s School of Music. His favorite show ever is Camelot (King Arthur), where he met his wife, Mary, who played Guinevere.

We caught up with Leo, who moved home to New Jersey in 2015:

I’ve always admired the work TCT did for the community and young artists. I was doing a production of Fiddler, and after a performance, a TCT staffer suggested that I might enjoy working with TCT and that I should come in to audition. The rest is history!

Can you share a moment or turning point in your work with TCT that enhanced or changed the program?

I’d always thought it would be a wonderful idea for TCT to host a Breakfast with Santa. I mentioned that to Jack and Susie Louiso (former Artistic and Executive Directors). Before I knew it, we were adding that into the yearly holiday season in addition to the Christmas show. I truly loved being able to interact with the children on a more one-on-one basis. In fact, I enjoyed the work I did as Santa with TCT so much; I came back for a final year in 2015 after I’d moved to New Jersey, just to be a part of it.

Every time we mounted a show, the professional way TCT approached every aspect of the show was clear. It was a wonderful learning experience for the youth and adult performers and technicians alike. The shows themselves were also a great benefit to the community, many times sharing a message of growth and inclusion that young and old could appreciate and learn from. It sparked thoughtful conversations well after the show ended, allowing families to discuss topics that were often very relevant to current situations.

I miss the opportunity to spend time with folks sharing a common goal and artistic vision. I miss being on stage and performing with such a common purpose. I miss the absolute joy of taking the stage with like-minded folks who just wanted to entertain and allow people to laugh, cry, cheer, and feel the wide range of emotions that only live theatre can bring. In each show, we could really bring them into our magical world of story, movement & music.

For me, TCT was an extraordinary artistic family.  Every time we stepped on the stage, we were all transported, both the performers on stage and our audience, to a whole new world. There is truly nothing like live theatre and the ability to be a part of something so much bigger than yourself that can move so many people and expose new audiences to what the arts can truly do.

Would you honor Leo Northart with a gift to recognize the impact made on TCT? 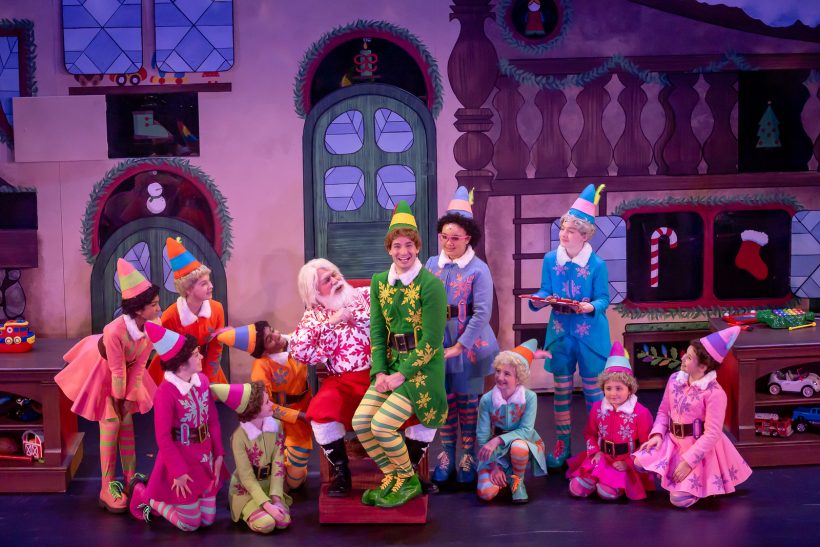