Part of our 22-23 MainStage Season

Disney’s Moana JR. is a 60-minute musical adaptation of the 2016 Disney animated film, bringing the adventures of Moana and her village of Motunui to life onstage. Moana JR. features all the beloved songs from the film, written by Tony®, GRAMMY, Emmy, and Pulitzer Prize-winning composer Lin-Manuel Miranda, Opetaia Foa’i, and Mark Mancina, including “How Far I’ll Go,” “Shiny,” and “You’re Welcome.”

This thrilling and heartwarming coming-of-age story follows the strong-willed Moana as she sets sail across the Pacific to save her village and discover the truth about her heritage. Moana and the legendary demigod Maui embark on an epic journey of self-discovery and camaraderie as both learn to harness the power that lies within. With empowering messages of bravery and selflessness, Moana JR. is sure to bring out the hero within each of us.

This puppet-centric version has never been done on stage before!

Performances will be at the TAFT THEATRE.

Signed for the hearing impaired

Music and Orchestrations Adapted and Arranged by Ian Weinberger. 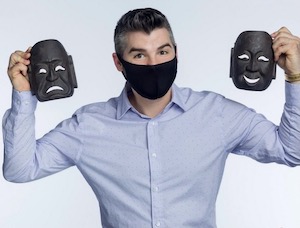 Health and Safety for 22-23 TCT Programming

Buy Tickets for This Show

Every person, regardless of age, will need a ticket. Children ages 12 months-old or younger who do not need a seat and will sit on your lap will be required to have an Infant Lap Pass for each show in every seating location throughout the theater. Infant Lap Passes are $8 and are available before the show at the Taft Theatre or by contacting the Box Office at tickets@tctcincinnati.com or 513.569.8080 x10.